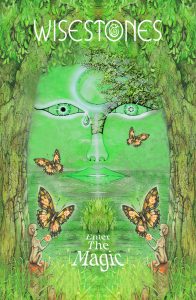 The Illusion of Time

Evolution has equipped human beings with a powerful sense that there is a ‘now’ and that time ‘flows’ from the past, through the present to the future. The constraints that evolution imposes on our perception of time has equipped us to experience both time and life itself in the most effective way for our survival. However, even Einstein could not explain why we perceive past, present and future as we do. Nowhere in Einstein’s special theory of relativity, his description of space and time does the concept of a flow of time appear.

The fact of the matter is that time does not flow and the perceived passage of it is just an illusion that we as humans can’t live without. What we perceive as past, present and future are not three disconnected units but one whole unit whose parts can be experienced differently depending on the viewer. Time is relative to the viewer. If time itself does not flow then maybe it is we humans, along with all living things, that flow?

Anything that flows will change with time, but time cannot change with time, this would be illogical. So what is time? Well, time, and the perceived  passage of it, comes down to newness of information and the way our minds process it. It is how our mind handles new information that gives us a sense of past and future. Take, for example, a young child who for the first time is taken for a week’s holiday to the beach. The whole experience is new and unfamiliar to the child, so his brain will by nature speed up the gathering of all this new unfamiliar information. The gathering of unfamiliar information will create a sense in the child’s mind that the beach holiday was a lot longer than it really was. The beach holiday for the parents on the other hand will not have contained the same amount of newness as it did for the child, making it unnecessary for their minds to speed up. In fact the parents perceive passage of the time spent at the beach may feel to them a lot shorterthan a regular week. The illusion of time, and the perceived passage of it, is different for every person, and even more so between the very young and the very old.

So can devises such as Wisestones be used to tap into the nature of time itself and glimpse one’s future and seek spiritual advice? The simple answer is yes, because not only is the universe stranger and more marvellous than you think, it is far stranger and more wonderful than you can think.