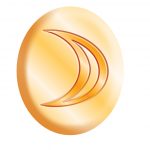 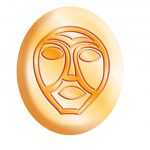 The First Wisestone you chose was – The Moon Queen

The Second Wisestone you chose was –The Mask of Fate

The hidden influence in your reading is – Water of Mystery

This reading is personal to you and is created by the two Wisestones selected, in the exact order they were chosen by your higher self. It offers a spiritual insight into your recent past and present circumstances and also spiritual guidance to help open your mind to future possibilities and opportunities.

Home and Family Life: The intuitive power of the Moon Queen combines with the unpredictable Mask of Fate to reveal that you are on the threshold of a new and highly creative chapter in your life. The creative power of the Water of Mystery, the hidden influence in this reading, links with the sensitive Moon Queen to show that a fated opportunity to put your creative talent into action may be lost due to a lack of self-confidence. The Mask of Fate forecasts that if you were to make a show of confidence, take action and go with the flow right now, your creative talent would swiftly receive unexpected recognition. However, the hidden influence of the Water of Mystery indicates that this may be just the beginning of something very special.

Love, Sex and Relationships: Here the Moon Queen points to deep emotions and mental stress. The Mask of Fate reveals poor communication in a relationship that is causing both parties to feel insecure about their future. The Water of Mystery, the hidden influence in this reading, combines with the motherly Moon Queen to indicate that on-going misunderstandings between a mother and daughter are also causing a great deal of stress to a third party. These two wisestones combined with the hidden influence of the Water of Mystery indicate that there are three people influencing the future of a relationship: two females and one male, and also that there is a cloud of mental pressure regarding children. You are advised that it may take up to a year before this situation begins to resolve and up to two years before things settle down the way you would like. However, the good news is that the Mask of Fate, the second wisestone you have drawn, shows that fate is on your side and that almost everything will eventually work out better than you had hoped.

Work, Career and Money: The Moon Queen reveals that you may not be aiming high enough and advises that you could do far better if only you were to have faith and place greater trust in your own experience and talent. The Mask of Fate combines with the hidden influence of the Water of Mystery to indicate that fate is offering you an opportunity for economic and financial growth right now or will do in the very near future. However, the combination of wisestones that you have drawn in this reading forecasts that you may have to move away and be prepared to cross over a body of water if you really want to see a big improvement in both your career and financial prospects.